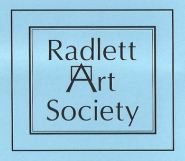 ANTONI GAUDI
ARCHITECT AND DESIGNER
Gaudí was part of the Modernista movement which reached its peak in the late 19th and early 20th centuries.    His work went far beyond mainstream Modernism as he embraced an inspired organic style.  He enjoys global popularity and continuing admiration and study by architects.

The most internationally prestigious figure in Spanish architecture, his work has greatly influenced the face of Barcelona with stunning examples all around the city centre.

Guell Park
Lecturer
Anthea Streeter
Anthea Streeter studied Fine and Decorative Arts in London and at Harvard. Since her return from America she has pursued a particular interest in 20th century architecture and design, teaching on several courses in Oxford and London